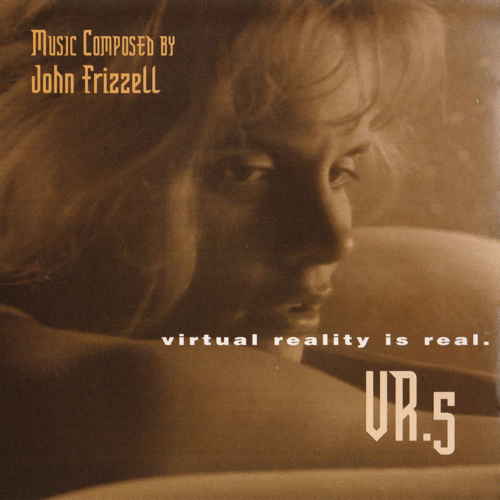 VR.5 was one of the earliest scoring assignments for John Frizzell, who has since enjoyed a flourishing career in films and television. A promotional CD was issued of music from the earlier episodes; an official release followed with an added track: Simon’s Requiem. This is believed to be Frizzell’s original music for the climactic sequence of Simon’s Choice (the broadcast version used Samuel Barber’s Adagio for Strings). Both CDs include the haunting original song To Dance Again that opens 5D. Online reports suggest that this song and a few others heard in the show were replaced with bland instrumentals for the Rhino VHS releases. Odd if true, since Frizzell’s song was composed for the series and did not have to be licensed from another artist. A generous selection of tracks from the score can he heard on youtube; To Dance Again can be heard here:

Aside from the above-mentioned Rhino VHS tapes, VR.5 has not been issued on US home media. A placeholder entry for a future DVD release has been sitting on Amazon since 2012 or so. What appears to be a European DVD set pictured at Wikipedia is apparently a fake created by a bootlegger (we have found no record of a legitimate release). It seems increasingly unlikely that VR.5 will ever be issued on physical media. The series recently aired overseas on CBS Drama (CBS seems to have acquired rights to Rysher’s library) so VR.5 could show up on the CBS All Access streaming service. A digital download from iTunes etc is another possibility, though in both cases music replacement concerns persist. 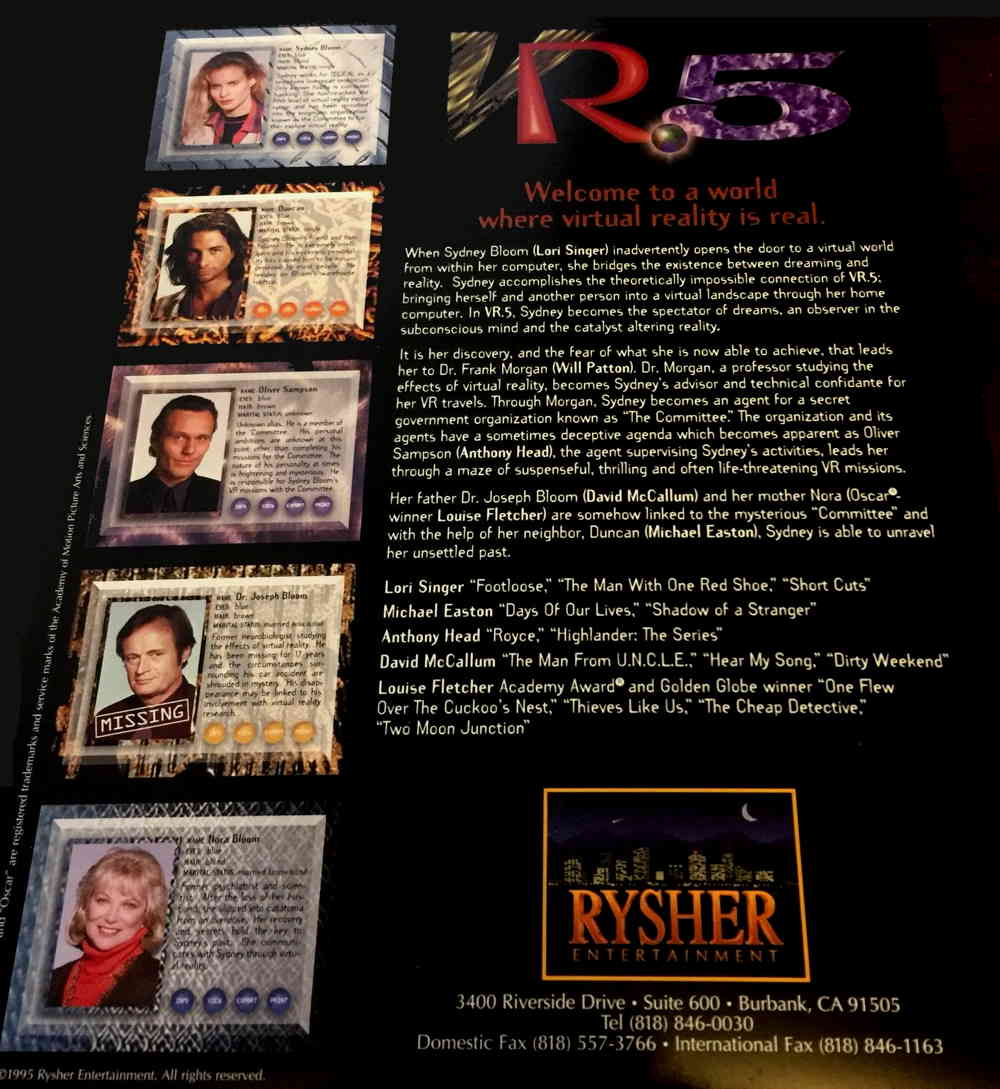 There was a lively and devoted online community devoted to VR.5 when the show aired (it’s striking to realize that was before the turn of the century). The VR.5 FAQ hasn’t been updated since 1997 but there have been few developments since so the info contained therein, while dated, is generally reliable. It goes into great detail about the series, the players, sources of info, and a rich variety of speculations about what certain details really mean. You can learn such esoterica as a phone number seen in Escape being an early computer model number, or the name ‘Frank Morgan’ having been a tribute to the actor who played The Wizard of Oz. Why did Sydney use a primitive acoustic modem to make a VR connection? The FAQ explains why, and how it was Sydney could enter VR without it. Be aware it’s all as spoilery as spoilery can get. In the Wiki that has preserved the show’s FAQ you can also find an episode guide that includes observations, questions/answers, speculation, and plenty of spoilers for each entry. Elsewhere you can find online chats with John Sacret Young, Jeannine Renshaw, Michael Katleman.

This website has no connection with Rysher, Samoset, their successors, or Fox Television. VR.5, its images and its sounds are the property of the copyright holders and are used here with their forbearance for non-profit educational and historical purposes. This site is part of the Rediscovery Websites Group:


We’d like nothing better than to hear from you. Use the 'contact' link at the bottom of each page.